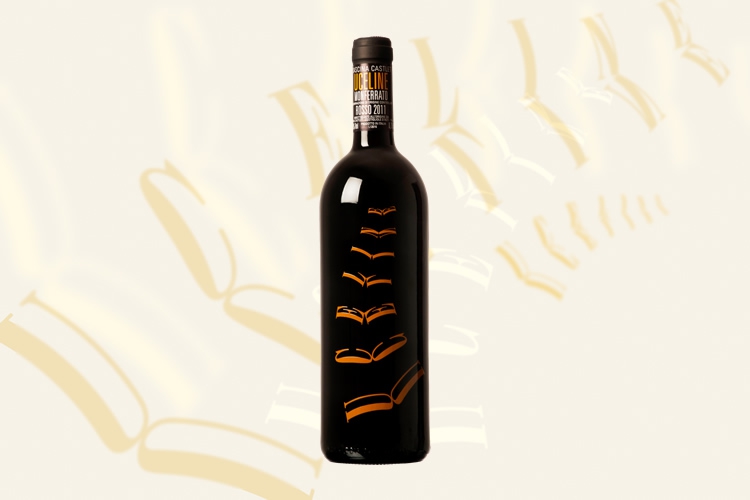 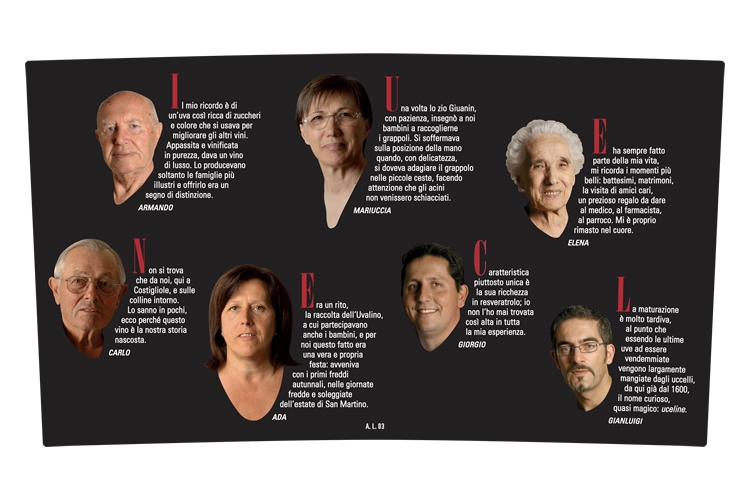 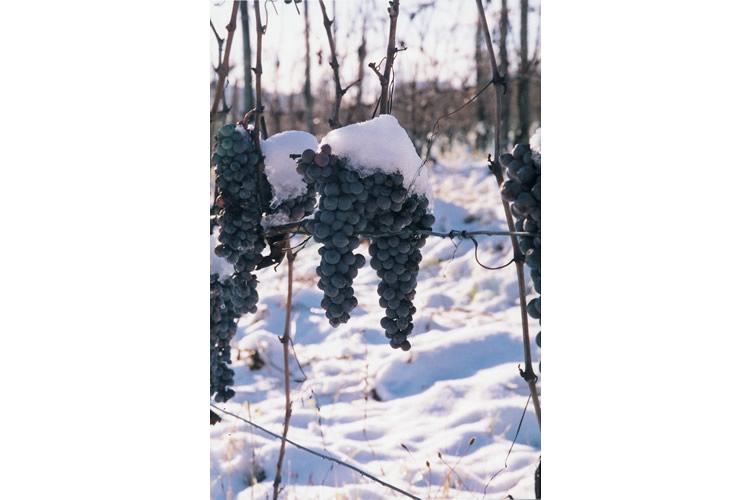 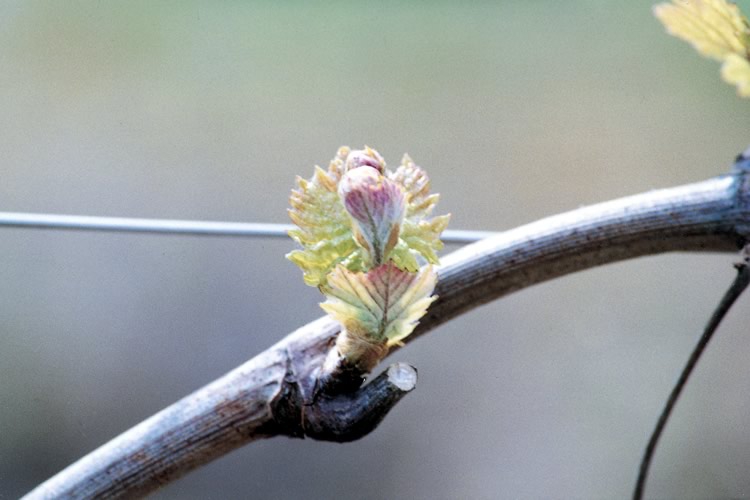 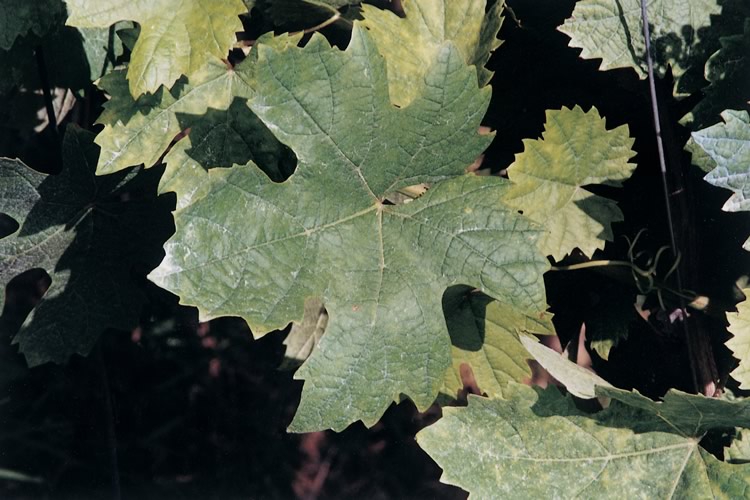 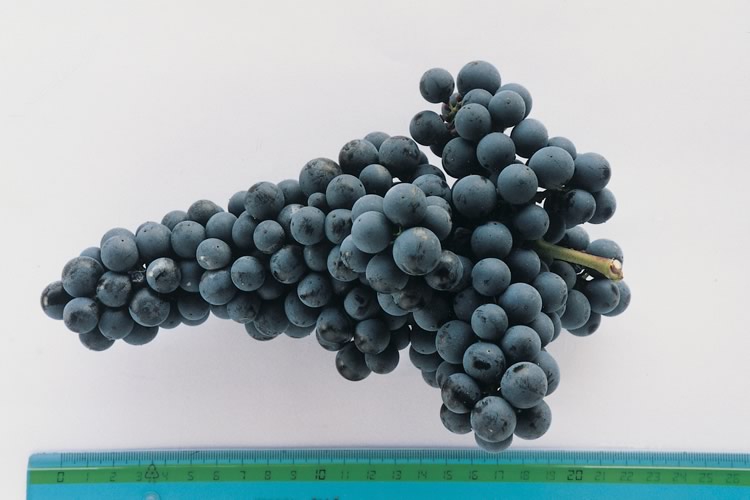 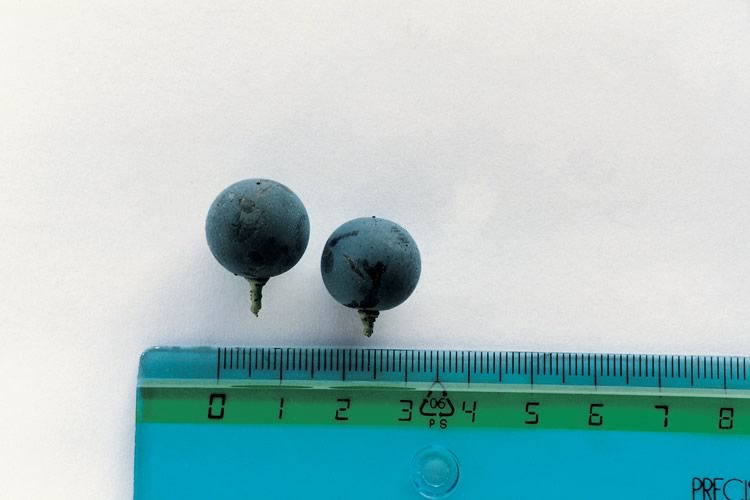 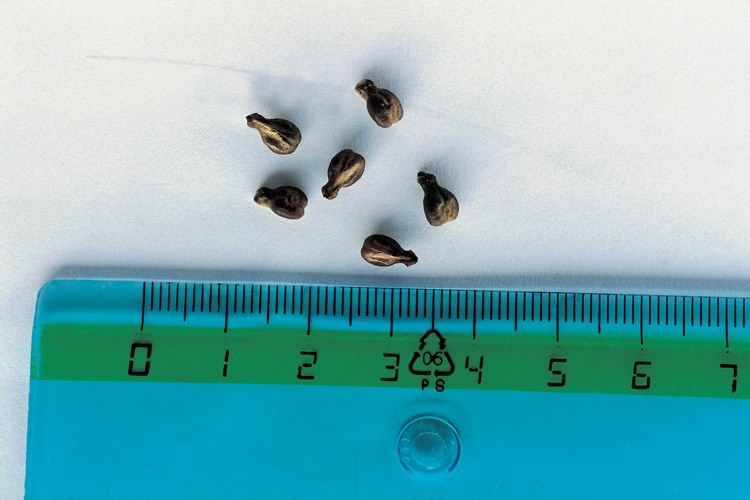 Uvalino occupies a place only in the memories of the elderly. It was the most valuable wine, given to the doctor, the head of local government, the pharmacist and the priest: a luxurious wine to impress them with. There are few written accounts of the existence of this wine, but its presence in the Asti district from at least the end of the 19th century is widely talked about. Since then, it has been found throughout the southern part of the province of Asti, with its heart lying in Costigliole d’Asti.
We could say that, abut fifty years ago, there wasn’t a single estate, however small, in the area, that didn’t have at least a couple of rows of Uvalino in its vineyards. The varietal characteristics of the grape in question mean that it cannot be an imported “foreign” variety that has adapted to the area recently, or during the 19th century.
It was used to make single-grape and raisin wines, by the most illustrious families only, and this gave it a sense of distinction.
Having a few bottles of Uvalino in the house was a sign of wealth, what we would call a status symbol today. You might be interested to know that Uvalino was considered to be the perfect salve for the sick, administered in controlled doses, in spoonfuls. For years, Cascina Castlèt has believed in and funded university research, to safeguard the cultivation of Uvalino on the hills of Costigliole and ensure its continuation through the generations.

Along the road that leads to Cascina Castle’t can be seen boxes fixed to electricity poles and to vineyard poles. These are artificial nests that were installed, in 1995, to offer a suitable place for local birds to nest in.
The aim of installing artificial nesting boxes is to furnish birds that nest in cavities a place to breed, since man’s activities have very often eliminated natural sites (mainly the hollows of old trees) where these species of birds normally nested.
The installation of artificial nests where crops are farmed using biological, biodynamic or integrated and guided pest control is a technique that offers numerous advantages.
The use of synthetic chemicals to combat dangerous insects alters, to put it simply, the ecosystem’s food chain, making it more vulnerable, not to mention the effect that this also has on public health. By applying integrated methods of pest control, thereby constantly controlling the insect population within the crops and eometri, it is possible to carry out chemical treatments only when needed. There is a constant increase in the number of crops on which biological pest control is carried out through the use of living organisms and substances of biotic origin to combat dangerous organisms. In such an environment the ecosystem is highly complex and the installation of artificial nests enables insect-eating birds to carry out their natural task of controlling the population of insects that are potentially harmful to our crops.
In Germany, Austria, Holland and England the use of artificial nests to help protect farm crops has long been a well-established technique.
The installation of sites to attract chiropterans and nocturnal predators enables one to eliminate moths and small rodents that come out only at night.
Cascina Castlet i salso invlolved in scientific research work, the aim of which is to monitor the bird population and nest-building in the artificial nesting boxes. Said research work is carried out by two ornithologists, Enrico Caprio and Mario Cozzo.
Thanks to the cooperation of ringer Mimmo Ferro from Sanfrè (CN) a campaign has begun to ring some birds (starlings, redstarts, sparrows and tits). The ringing of birds for scientific purposes is a task that is coordinated throughout national territory by the National Wildlife Institute (INFS), headquartered in Bologna.
The technique of ringing consists of capturing the birds temporarily and then attaching a numbered metal ring that identifies each of them and the place they were ringed.
The capture of the adult birds is achieved by means of a nylon net called a mist-net, which does not hurt the animal at all; unfledged birds and chicks are taken directly from their nests. Moreover, before being released, the birds are individually subjected to a series of biometric measurements (weight, wing, beak and claw length, etc) and, whenever possible, age and sex.. Said work is carried out by INFS-authorised staff. The ringing and capture of birds are extremely important when trying to monitor and learn about the dynamics of bird populations, as well as about migratory routes and about where migratory birds spend the winter.

The most common types of artificial nests used by the majority of birds that nest in cavities are:

As for building materials, using wood is the cheapest and quickest solution, though it limits the life cycle of the nest, since wood, even if suitably treated, is particularly affected by weather conditions.
Wooden log nests (made by scraping out the insides of a wooden log) are more resistant and offer a better visual impact, but they are often difficult to build and more costly.
Cement nests (made by creating a mould and using a mix of sand, cement and a light aggregate such as pearlstone) are practically eternal, even if they are heavier and more difficult and costly to build.
Birds do not appear to have any particular preference as regards the type of nest, as long as it is well made, draught-proof, waterproof and well isolated.

The best period of the year for installing artificial nest is autumn/winter. This enables the birds to get used to the new structure and to use it already in the cold season as a shelter for the night.
The place chosen for its installation must be quiet and sheltered, best if out of sight of man and natural predators. As for vineyards, poles for telephone and electricity lines are especially useful, and the maximum use should be made of any trees around, trying to avoid placing the nest on high poles above the surrounding vegetation, since doing so might harm the nestlings by exposing them to the scorching sun.
To make flight easy and to prevent predators gaining access, there should be no branches in front of the nest.
The height from the ground should not be less than two metres, but lacking any alternative, birds have shown themselves to be highly adaptable to the most varying situations.
As regards which way it should face, the ingress hole is best placed facing south-east or south-west. In windy areas the ingress hole must never face the direction the dominant wind blows from. It is as well to avoid having the hole pointing south in warm areas; north in cold areas.
The nest must be attached directly to the trunk or to a pole or hung from a branch. At any rate, the nest must be attached so that it leans slightly forward, so as to prevent rainwater from entering the nest. The nest must be well fixed and it must not swing too much. In the event of the nest being fixed to the tree trunk, periodic checks must be made to ensure the steel wire does not constrict the tree itself.

One fundamental point regarding management of artificial nests is maintenance. At the moment of installing a considerable number of nests, a great deal of thought must be given to the work entailed in maintaining the chosen nests.
Artificial nests made of cement are the ones that need no annual maintenance work, only yearly cleaning.
An artificial nest made of wood, on the other hand, has a short life unless it is checked regularly. Water leaking in or a rotting roof or floor are all situations that can compromise the successful outcome of a brood, thwarting all the birds’ efforts and defeating the whole point of the project.
Maintenance work on a nest is generally effected at the end of summer, at the end of the breeding season, and involves substituting broken or damaged nests and carrying out adequate repairs. It is particularly necessary to check that the nest is always well fixed to the tree or to the building it is installed on.
In the event that some nests have not been occupied for several years, it might be best to alter their position and exposition.

Most birds, when nesting, do not get rid of the material used for old nests present in the box, they merely build the new nest over the previous ones. After about a year, given the limited size of the box, the nest is unusable and the birds fly off and nest elsewhere. In a natural environment with an abundance of old trees, this behaviour means that birds can easily find “clean” cavities, i.e. not infested by eggs and larva of the parasites of birds.
Thus the yearly cleaning of the nests to eliminate parasites and empty the nest box becomes fundamental. To carry out said cleaning operation, it is best to position oneself above the nest so as to avoid being covered by falling parasites and filth. Furthermore, any wasps’ or hornets’ nests should be eliminated, taking all due precautions as regards the stings that these animals can inflict.