The vineyard speaks and tells its story. This is how the open-air exhibition at the Cascina Castlèt winery in Costigliole d'Asti came about. It proposes an itinerary of environmental education and respect for the land, trees and animals. In the vineyards, around the winery, there is a poster that tells the story of life between the rows of vines: from animals (hedgehogs, birds, hares, insects) to trees (mulberry trees, cherry trees, oaks), from the importance of biodiversity to the architectural elements of the rural landscape with its “ciabot” and votive chapels.

The project was created with the boys and girls of the Penna Agricultural Institute of Asti, coordinated by their teachers," says winegrower Mariuccia Borio. “The students helped me to map out and tell the story of the trees, animals, wild grasses and herbs and anthropic elements found among the vines and around the winery. It was great to work together: they represent the future of the earth and it is important for us to pass on not only knowledge to them but also values”. 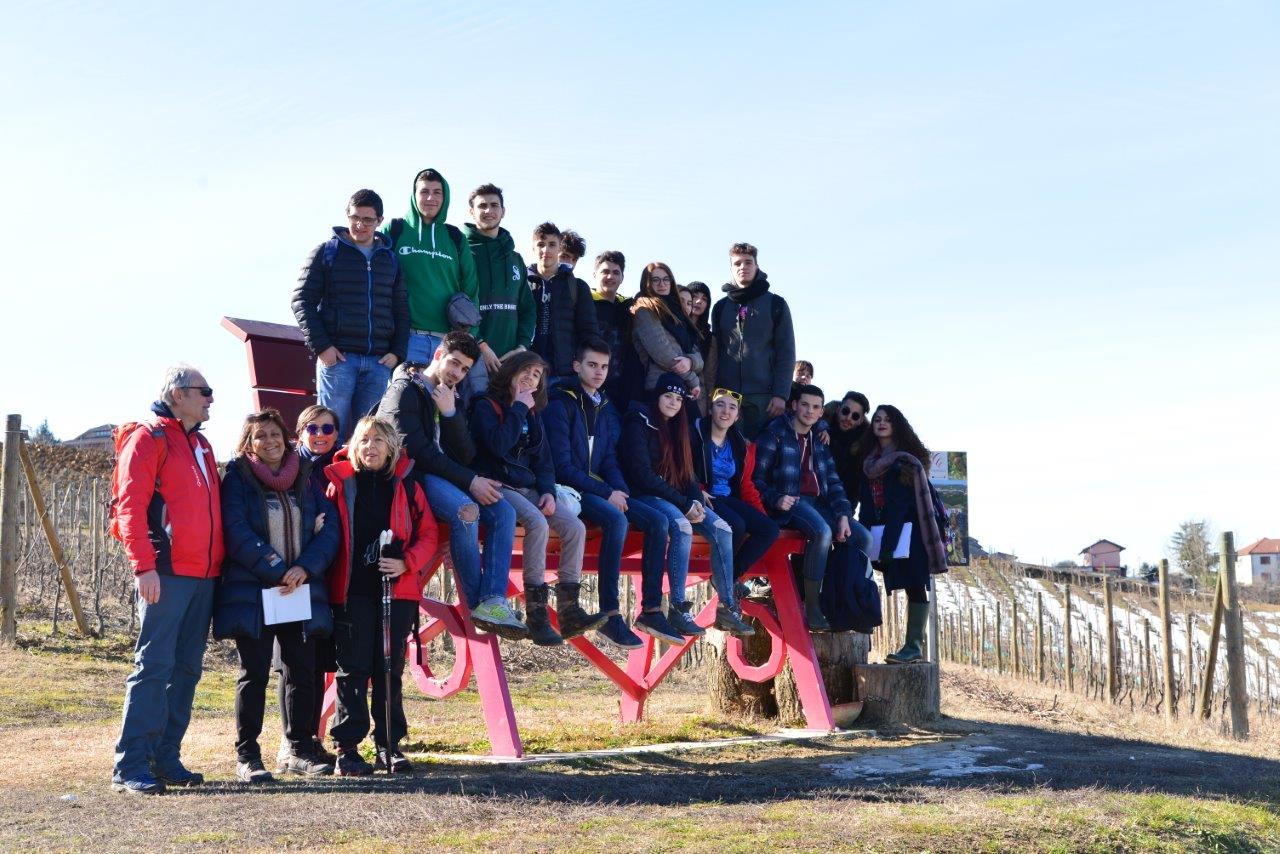 This is an environmental project among the vines that Mariuccia has been running for many years: “Man's actions have often reduced biodiversity and eliminated spaces, mostly hedgerows and the hollows of old trees, where many species of birds used to nest and shelter. Our vineyards, on the other hand, are inhabited by numerous species of birds and other animals: since 1995, initially with ornithologist Sergio Abran of Bolzano and subsequently with Asti-based ornithologists Enrico Caprio and Mario Cozzo, we have installed numerous artificial nests that are used by the birds but also by red squirrels”.

Along the route, in addition to the #rossopassum Big Bench created by Chris Bangle, there are also two picnic areas, a huge red frame for taking a selfie with Costigliole d'Asti Castle towering in the background, and a BookCrossing house in the vineyards, for swapping books. Cascina Castlèt has joined the cultural project of a widespread library launched by “Leggere Ovunque” (Reading Everywhere) and has installed a small wooden shed where visitors can bring books or pick them up.

Cascina Castlèt will be at Vinitaly 2022 in Piemonte Hall 10, Stand L3. 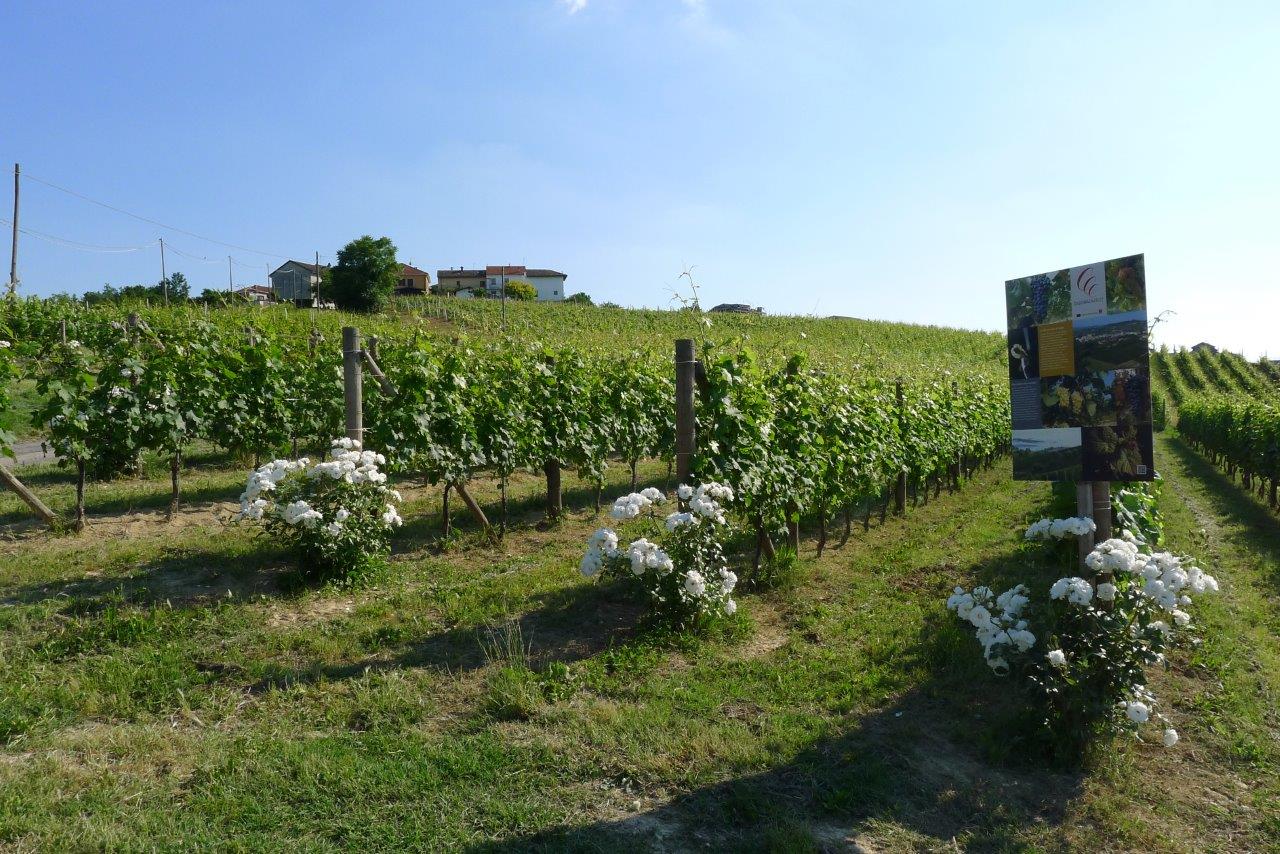 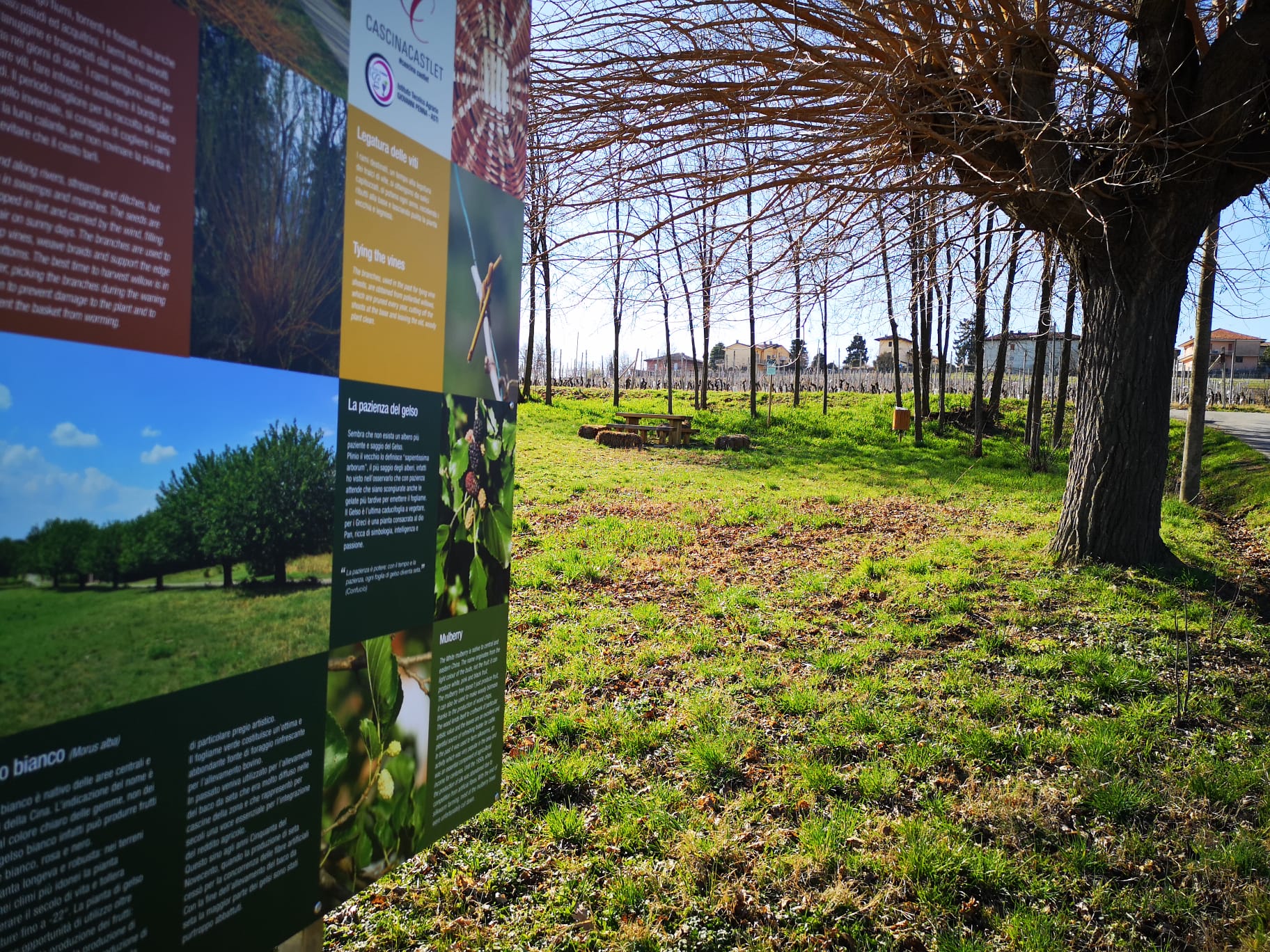 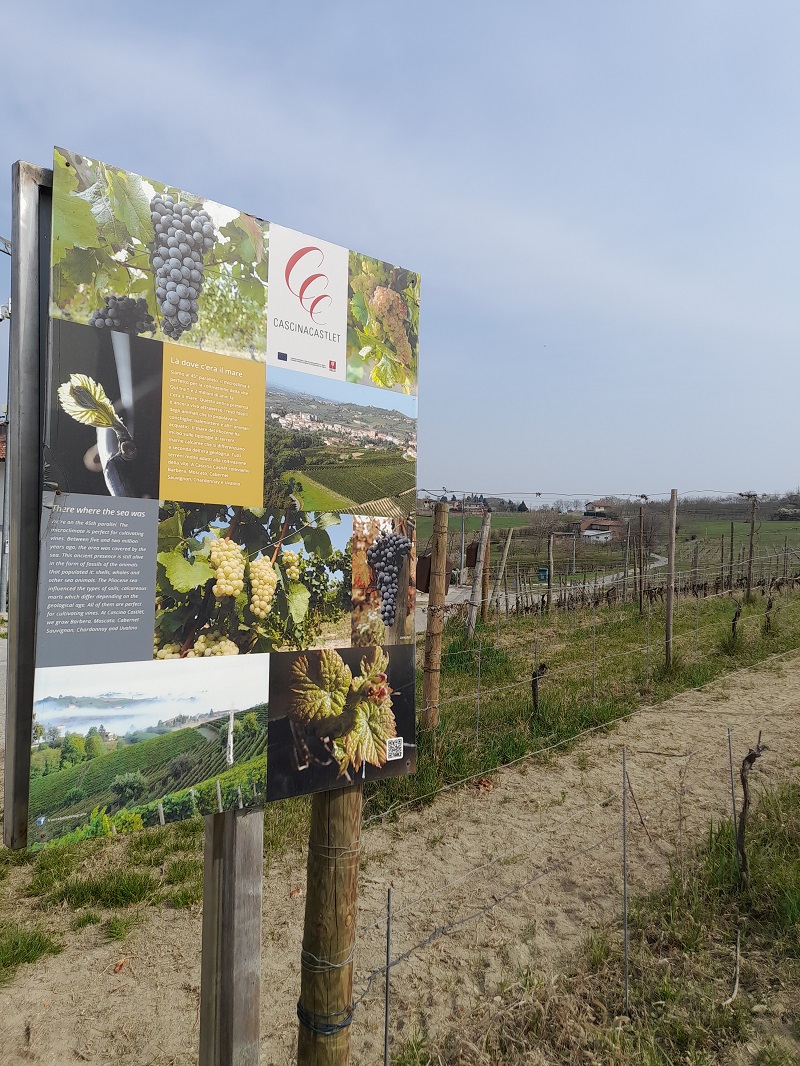 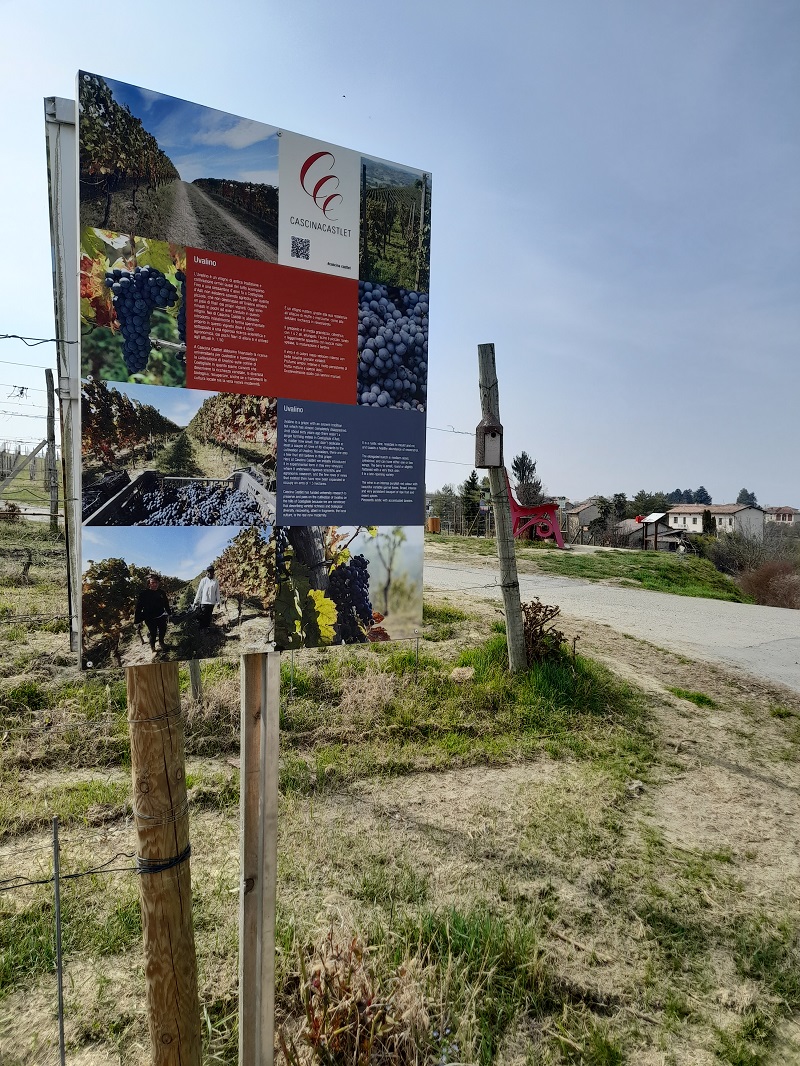